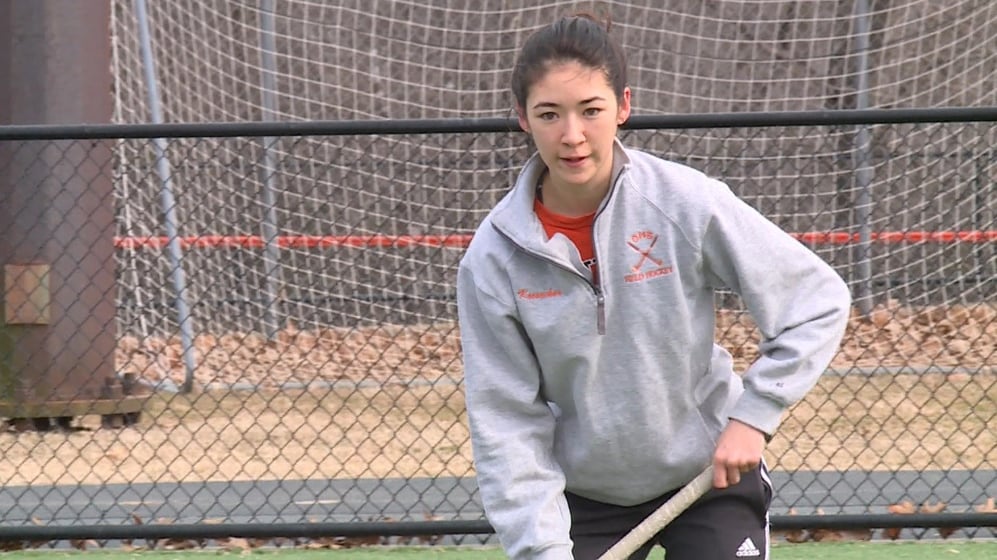 With field hockey season long over most would enjoy the offseason, not Charlottesville's Lena Keesecker.

"She wrote in her senior, her college essays, she talked about a smorgasbord and that's how she's been living her life," Charlottesville Assistant Field Hockey Coach Ashley Ballard said, "Trying to figure out what she wants to do."

That knack for new activites is what originally drew her to field hockey as an eighth grader.

"I wanted to just give it a shot," Keesecker said, "You just give everything you got and you're just proving yourself to others and challenging yourself."

But Keesecker was not just interested in adding another activity to the list, she worked to get better during her four years on varsity.

"One who's grown and developed the whole time we've had her," Ballard said, "She has sort of come into her own this year and found her niche."

"I really try to model by example and if I'm not giving 110 percent then I can't expect others too and because we're such an interconnected team we have to do that for ourselves and others," Keesecker said.

The effort and energy Keesecker shows on the field carries over to every extra curricular and her school work, which is how she stands out as a leader.

"Dabbles in everything and so she's one who is trying to encourage the girls to be the best that she can be just by showing how they can do that by watching her," Ballard said.

The future engineer knows every step she takes could be what pushes those behind her.

"Knowing that people coming up will watch me go through these activities and hopefully fall in love with it as much as I have because seeing me be a part of it is super amazing and I want to model that for other people," Keesecker said.