CHARLOTTESVILLE, Va. (CBS19 SPORTS) -- Virginia is the first team to sweep the ACC's weekly awards in women's basketball this season.

UVA senior guard Jocelyn Willoughby was named the league's Player of the Week on Monday, while first-year guard Shemera Williams was named Freshman of the Week. The two played key roles in a pair of ACC wins for the Wahoos last week.

Willoughby scored a team-high 24 points in UVA's win at home against Duke last Thursday, then followed that performance with 23 points and eight rebounds in Sunday's win at Boston College.

Willoughby has played an ACC-high 591 minutes in 16 games this season, and is leading the league in scoring at 19.8 points per game. It's the second time she's been named ACC Player of the Week this year.

Williams earned Freshman of the Week for the first time in her career on Monday. Her nine steals in the win against Duke are the most by an ACC player this season, and one shy of UVA's single-game record. Williams also scored nine points in that game, then followed that with a career-high 17 points on 6-of-9 shooting at Boston College. 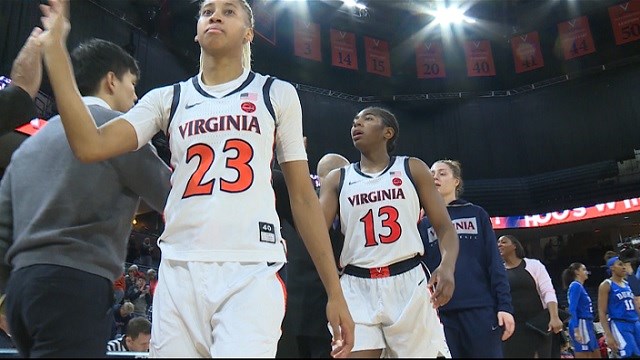