CHARLOTTESVILLE, Va. (CBS19 NEWS) -- The Charlottesville Police Department is still investigating the disappearance and homicide of 19-year-old Dashad "Sage" Smith, who was last seen eight years ago on Nov. 20, 2012 on West Main Street around 6:30 p.m.

Police are also still asking for the public’s assistance with this case, according to a news release.

Erik McFadden, a 29-year-old acquaintance of Smith, was identified by the police department as a critical person of interest in the case. Smith was supposed to meet McFadden that evening, but what happened after they met is still a mystery.

McFadden was supposed to speak with detectives in person a day after Smith disappeared, but did not show up and reportedly left Charlottesville. He was the last known person to have contact with Smith, and Charlottesville detectives still believe that he has crucial information that could help solve the case.

Smith’s case was classified as a missing person’s case at first, but the police department reclassified the case as a homicide in November 2016. Charlottesville detectives along with local, state, and federal partners spent months identifying and scouring through evidence, interviews and witnesses.

The police department is actively pursuing recent developments in the case with the assistance of local, state and federal partners.

In June 2019, the police department filed a missing person’s report for McFadden at the request of his mother. Detectives believe that he could have traveled to and be living in cities such as Baltimore, Maryland; Joppa, Maryland; Lake City, South Carolina; Columbia, South Carolina; Atlanta, Georgia; New York City, New York; or Rochester, New York, along with other places on the West Coast. Detectives have pursued multiple leads in these cities, but they have not led to any significant developments.

Officials believe they may be close to finding McFadden.

"Actually, at this time we are exploring new active leads in this case. I can't share specifics on what those are due to the sensitivity of the case," said CPD Public Information Officer Tyler Hawn. "But, we are pursuing those actively with the assistance of local, state, and federal partners."

There is a $10,000 reward being offered through Crime Stoppers. There is also an additional $10,000 being matched by the City of Charlottesville for information leading to an arrest.

Photos of Smith and McFadden below: 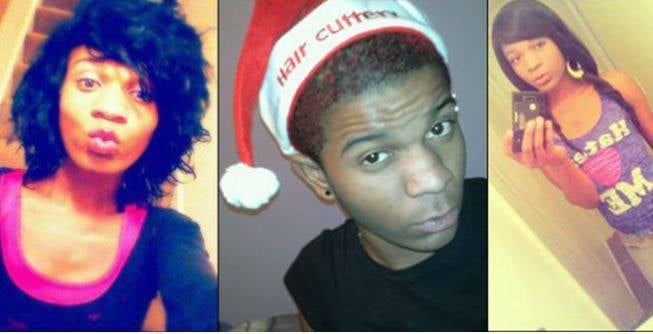