Report: Police knew of injured at Texas school while waiting 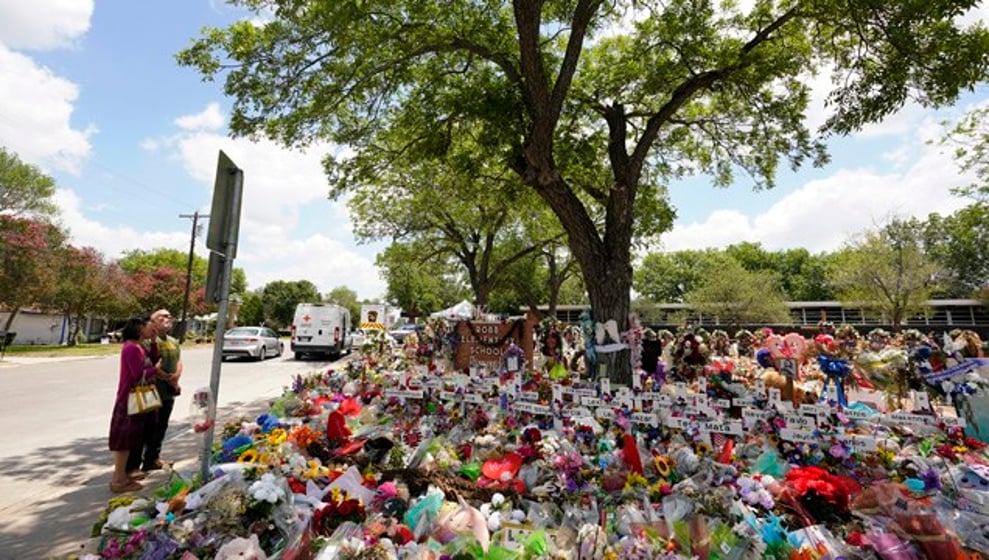 Pecan trees, planted in the 1960s, shade a memorial created to honor the victims killed in the recent school shooting at Robb Elementary, June 9, 2022, in Uvalde, Texas. (AP Photo/Eric Gay)

AUSTIN, Texas (AP) -- Police waited for protective equipment as they delayed entering the Texas elementary school where a gunman inside killed 19 children and two teachers.

That's according to a review of law enforcement documents and records obtained by The New York Times.

The records show that police waited even as they became aware that some victims needed medical treatment.

Police waited more than an hour to confront the gunman on May 24 even as anguished parents outside the school urged officers to go inside.