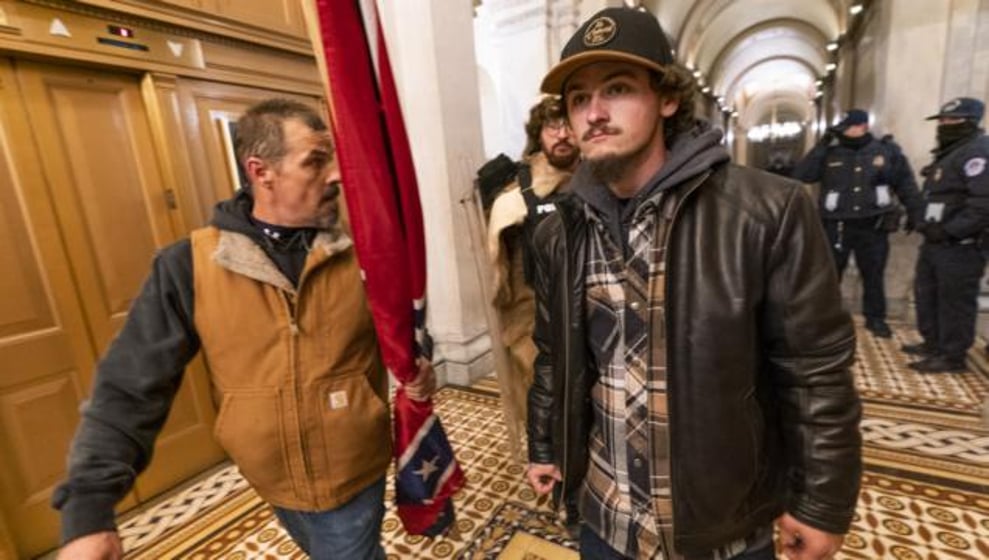 Insurrectionists loyal to President Donald Trump, including Kevin Seefried, left, walk away after a confrontation with Capitol Police officers outside the Senate Chamber inside the Capitol, Jan. 6, 2021 in Washington. (AP Photo/Manuel Balce Ceneta, File)

WASHINGTON (AP) -- A federal judge has convicted a Confederate flag-toting man and his son of charges that they stormed the U.S. Capitol together to obstruct Congress from certifying President Joe Biden's electoral victory.

U.S. District Judge Trevor McFadden ruled from the bench Wednesday after hearing two days of testimony without a jury for the trial of Delaware residents Kevin Seefried and his adult son, Hunter.

Kevin Seefried carried a Confederate battle flag inside the Capitol after he and his son entered the building through a broken window.

McFadden convicted both Kevin and Hunter Seefried of a felony count of obstruction of an official proceeding.