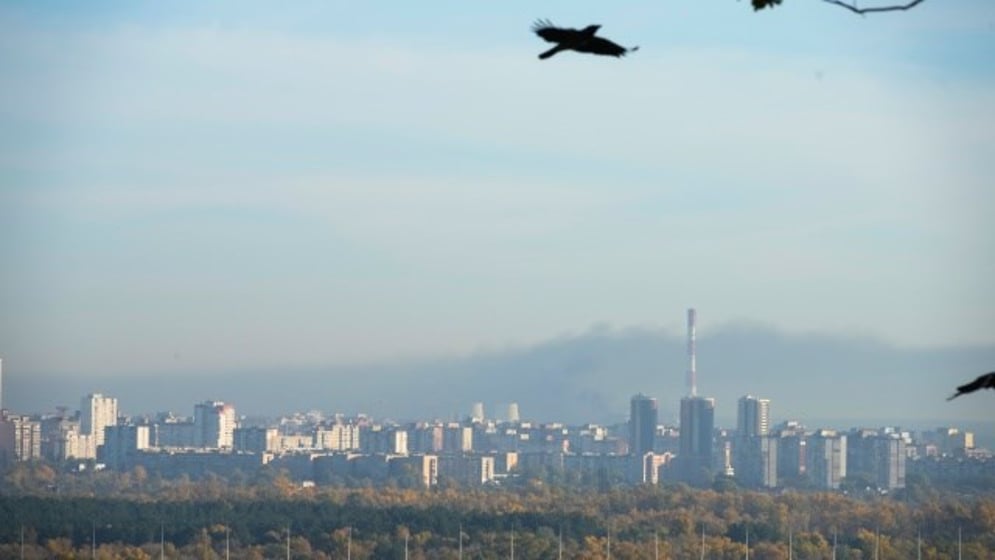 WASHINGTON (AP) -- The White House said Thursday the U.S. has evidence that Iranian troops are "directly engaged on the ground" in Crimea supporting Russian drone attacks on Ukraine's infrastructure and civilian population.

National Security Council spokesman John Kirby told reporters that Iran has sent a "relatively small number" of personnel to Crimea, a part of Ukraine unilaterally annexed by Russia in contravention of international law in 2014, to assist Russian troops in launching Iranian-made drones against Ukraine.

Members of a branch of the Iranian Revolutionary Guard Corps were dispatched to assist Russian forces on how to use the drones, according to a British government statement.

"The information we have is that the Iranians have put trainers and tech support in Crimea, but it's the Russians who are doing the piloting," Kirby said.

He added that the Biden administration was looking at imposing new sanctions on Tehran and would look for ways to make it harder for Tehran to sell such weapons to Russia.

The U.S. first revealed this summer that Russia was purchasing Iranian unmanned aerial vehicles to launch against Ukraine. Iran has denied selling its munitions to Russia.

U.S. officials believe that Iran may have deployed military personnel to assist the Russians in part because of the Russian's lack of familiarity with the Iran-made drones. Declassified U.S. intelligence findings showed that Russians faced technical problems with the Iranian drones soon after taking delivery of the weapons in August.

"The systems themselves were suffering failures and not performing to the standards that apparently the customers expected," Kirby said. "So the Iranians decided to move in some trainers and some technical support to help the Russians use them with better lethality."

The Biden administration released further details about Iran's involvement in assisting Russia's war in Ukraine at a sensitive moment. The administration has levied new sanctions against Iran over the government's brutal crackdown on antigovernment protest in recent weeks spurred by the death of 22-year-old Mahsa Amini, who died in Iranian security custody.

Morality police had detained Amini last month for not properly covering her hair with the Islamic headscarf, known as the hijab, which is mandatory for Iranian women. Amini collapsed at a police station and died three days later.

But Kirby said that the administration has little hope for reviving the Iran nuclear deal soon.

"We're not focused on the diplomacy at this point," Kirby said. "What we are focused on is making sure that we're holding the regime accountable for the way they're treating peaceful protesters in their country and supporting those protesters."

The White House spoke out about Iranian assistance to Russia as Britain on Thursday announced new sanctions on Iranian officials and businesses as the Russians use the drones to bombard civilian infrastructure.

"These cowardly drone strikes are an act of desperation," British Foreign Secretary James Cleverly said in a statement. "By enabling these strikes, these individuals and a manufacturer have caused the people of Ukraine untold suffering. We will ensure that they are held to account for their actions."

Shahed Aviation Industries, the Iranian manufacturer of the drones being used by Russia, was also hit by an asset freeze.