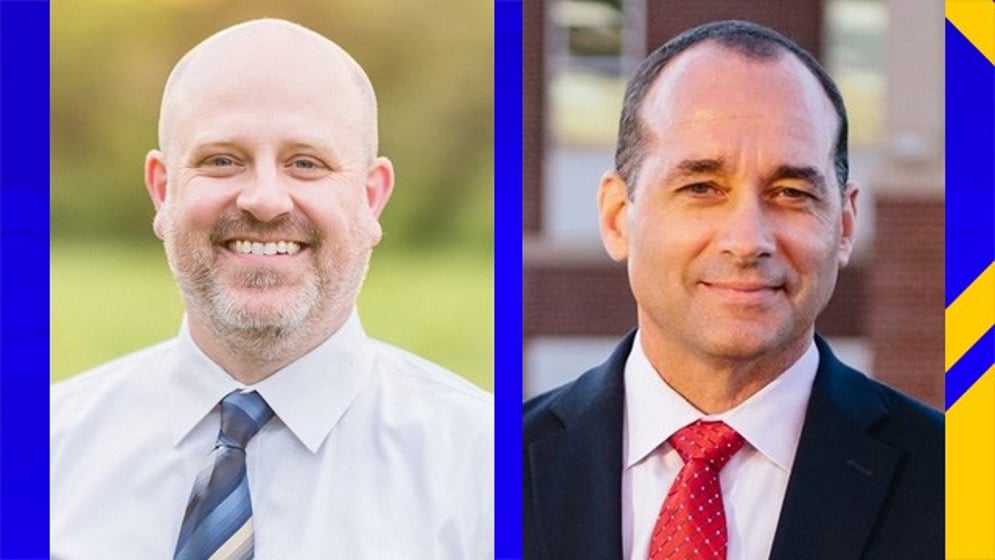 UPDATE: Josh Throneburg has released a statement on the results of Tuesday's midterm election:

"I’ve looked at the numbers and it appears that tonight, we’ve come up short. It has been a long, hard-fought race, but I have just called Bob Good and congratulated him on his election to a second term in office. I’m so grateful to the people who supported me through this campaign—the tireless volunteers, the local committees, the grassroots donors who helped us do everything from gassing up our cars to putting commercials up on television. I’m grateful to my staff and to Eleanor, my campaign manager. But most of all, I’m grateful to my family: Minhee, Lucy and Agnes are the reasons I got into this race, and when I wake up tomorrow, they’ll be the reason that I continue the fight to build a better world. And to be clear: despite this loss, I remain dedicated to serving the people of Virginia.  The challenges that we face, as a district, a nation and a planet, remain stark, and my commitment to addressing those challenges remains firm. I will not forget the many residents of the Fifth District I met during this race: the good, hardworking people who simply want a better, fairer, more just world for their families and their communities. I will pray for Bob Good, and pray that he can rise to the challenge of being a representative who helps those people build the world they seek."

UPDATE: The Associated Press has called the race for Republican incumbent Bob Good.

CHARLOTTESVILLE, Va. (CBS19 NEWS) -- The race for the Fifth Congressional District of Virginia has not officially been called, but incumbent Republican Bob Good has claimed victory.

Josh Throneburg conceded the race in a speech on Tuesday night.

As of 9:15 p.m., 99 percent of precincts in the Fifth District have reported, and Good has received 61 percent of the vote.