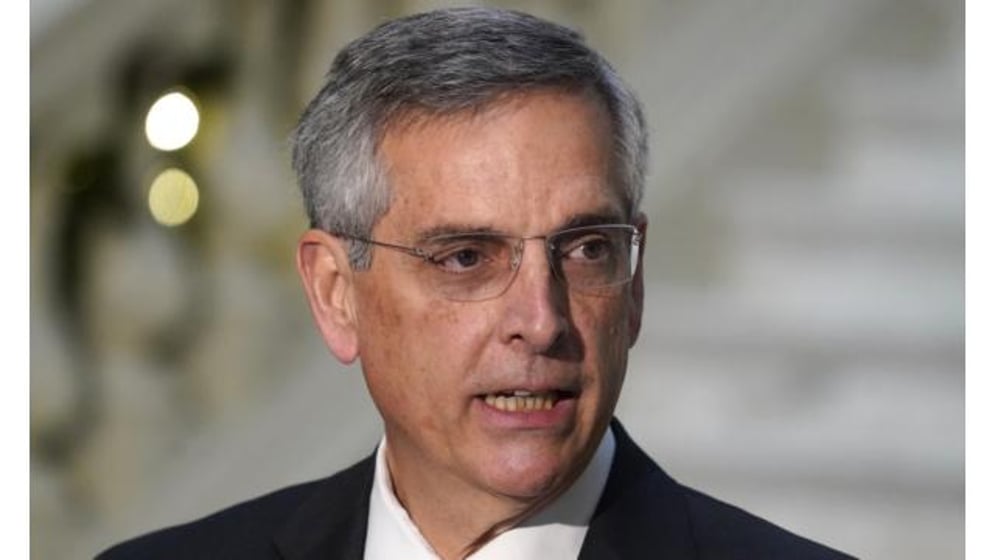 ATLANTA (AP) -- Georgia Secretary of State Brad Raffensperger has received a subpoena related to special counsel Jack Smith's investigation of former President Donald Trump, who focused strongly on the state as he sought to overturn his 2020 election loss.

Smith was appointed last month to oversee not only the Justice Department's Mar-a-Lago investigation but also aspects of Trump's scramble to stay in power — including his effort in Georgia — and the violent attack on the U.S. Capitol on Jan. 6, 2021.

In a Jan. 2 phone call, Trump had suggested that Raffensperger "find" the votes needed to give him a win in Georgia.

The subpoena, which is dated Friday and was received by Raffensperger's office Monday, follows others served last week in several states and counties. Like those other locations, Georgia was a target of Trump and his allies as they sought to overturn his loss in the 2020 election.

The special counsel is seeking "any and all communications in any form" between June 1, 2020, and Jan. 20, 2021, "to, from or involving" Trump, his campaign, lawyers and aides, including former campaign officials such as Bill Stepien and Justin Clark and lawyers John Eastman, Boris Epshteyn, L. Lin Wood, Sidney Powell and former New York Mayor Rudy Giuliani, according to the subpoena, which was obtained by The Associated Press.

Efforts by Trump and his associates to reverse his loss in Georgia are currently the subject of a separate investigation led by Fulton County District Attorney Fani Willis in Atlanta. A special grand jury seated to aid that investigation has heard from dozens of witnesses, including a number of high-profile Trump allies, over the past six months and is expected to wrap up its work soon.

Among other things, Willis is investigating the Jan. 2, 2021, phone call between Trump and Raffensperger.

It was not immediately clear whether any counties in Georgia had also received subpoenas from the special counsel.

In the weeks following the 2020 election, Trump focused in part on Fulton County, which includes most of the city of Atlanta, making unsupported allegations of election fraud. But the county had not received a subpoena by Monday morning, a spokesperson said.