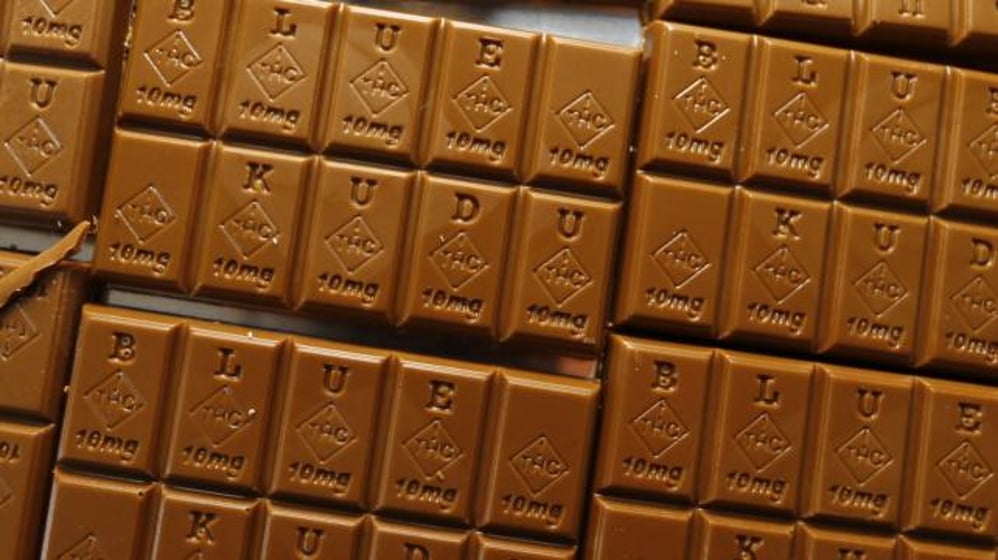 The number of young kids, especially toddlers, who accidentally ate marijuana-laced treats rose sharply over five years as pot became legal in more places in the U.S., according to a study published Tuesday.

More than 7,000 confirmed cases of kids younger than 6 eating marijuana edibles were reported to the nation's poison control centers between 2017 and 2021, climbing from about 200 to more than 3,000 per year.

Nearly a quarter of the children wound up hospitalized, some seriously ill, according to a new analysis in the journal Pediatrics.

And those are just the reported cases, said Dr. Marit Tweet, a medical toxicologist with the Southern Illinois School of Medicine, who led the study.

Cases of kids eating pot products such as candies, chocolate and cookies have coincided with more states allowing medical and recreational cannabis use. Currently 37 U.S. states permit use of marijuana for medical purposes and 21 states regulate adult recreational use.

Tweet called for greater vigilance by parents and for more laws like those adopted by several states to make pot products — often packaged to look like kids' candies and snacks — less appealing and accessible to children.

"When it's in a candy form or cookies, people don't think of it in the same way as household chemicals or other things a child could get into," she said. "But people should really be thinking of it as a medication."

Tweet and her colleagues analyzed reports to the National Poison Data System, which includes the nation's 55 regional poison control centers. More than half of the children were toddlers, ages 2 and 3, the study showed. More than 90% got the edibles at home.

"They're the ones starting to explore and to get up and move around," she said.

Of more than 7,000 reports, researchers were able to track the outcomes of nearly 5,000 cases.

The results are not surprising, said Dr. Brian Schultz, a pediatric emergency physician at Johns Hopkins Medicine in Baltimore. He previously worked at Children's National Hospital in Washington, D.C., where he and his colleagues treated kids who had eaten pot edibles "almost on a daily basis," he said.

Reports and hospitalizations rose during the last two years of the study, during the COVID-19 pandemic. More children were at home, with more opportunities to find pot treats, Tweet said.

___
The Associated Press Health and Science Department receives support from the Howard Hughes Medical Institute's Science and Educational Media Group. The AP is solely responsible for all content.