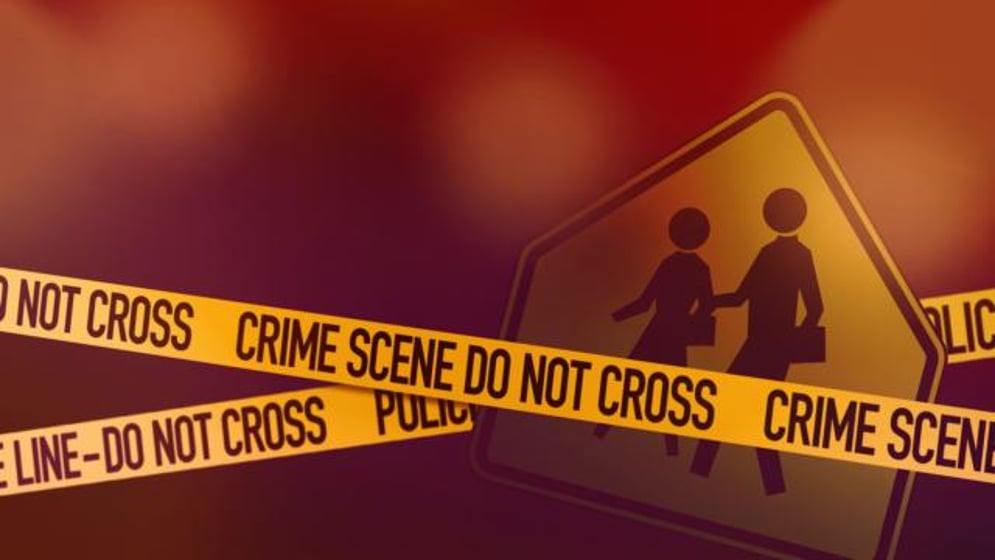 NEWPORT NEWS, Va. (AP) -- The shooting of a first-grade teacher by a 6-year-old boy has plunged the nation into uncharted waters of school violence, with many in the Virginia shipbuilding city where it happened demanding metal detectors in every school.

On Thursday, the Newport News School Board announced that 90 walk-through metal detectors would be placed in schools across the district, starting with Richneck Elementary School, where teacher Abigail Zwerner was shot Friday.

"The time is now to put metal detectors in all of our schools," board Chairman Lisa Surles-Law told a news conference.

The move came even as educators and other experts nationwide grappled with the complex issue of how to prevent gun violence in even the youngest school populations.

"This is a real game changer," said Mo Canady, executive director of the National Association of School Resource Officers, which trains law enforcement members who work in schools.

"How do we begin to approach the idea of protecting students and staff from an armed 6-year-old?"

American educators have long been trying to create safe spaces that feel less like prisons and more like schools. If anything, Friday's shooting fuels a debate over the effectiveness of metal detectors — which are still relatively rare in schools — and other safety measures.

"Metal detectors and clear backpacks are more likely to cause young children to be fearful and feel criminalized," said Amanda Nickerson, a school psychology professor at the State University of New York at Buffalo.

"Many of the strategies being suggested do not have any research evidence, and they may actually erode a healthy school climate," she said — one where students and staff feel free to share concerns about possible threats, which has been shown to prevent shootings.

Ron Avi Astor, a professor of social welfare and education at the University of California, Los Angeles, said "it's really the gun owners who need to be held responsible."

Police in Newport News say the 6-year-old brought his mother's gun, which had been purchased legally, to school, though it's unclear how he gained access to it. A Virginia law prohibits leaving a loaded gun where it is accessible to a child under 14, a misdemeanor crime punishable with a maximum one-year prison sentence and $2,500 fine. No charges have been brought against the mother so far.

Astor said that a public health approach to reducing gun violence in schools is needed, as well as gun licensing.

"Let's all agree that gun education is really important, particularly around gun safety and accidents and kids getting access to guns," Astor said. "Let's make that part of health class.

Let's make sure every kid, parent and educator goes through education and hazardous materials safety training in every school in the United States."

"Gun safety education ... is something that most Americans agree on, based on national polls. That's a great place to start saving lives and reducing injury or death," Astor said.

The shooting Friday occurred as Zwerner taught her first-grade class at Richneck Elementary. There was no warning and no struggle before the 6-year-old pointed the gun at Zwerner and fired one round.

The bullet pierced Zwerner's hand and struck her chest. The 25-year-old hustled her students out of the classroom before being rushed to the hospital. She has improved and was listed in stable condition Monday, authorities said.

Police Chief Steve Drew described the shooting as "intentional." A judge will determine what's next for the child, who is being held at a medical facility following an emergency custody order.

But he would also like more behavioral specialists and counselors working with students.

Two of Billet's children go to Richneck, including his fourth-grade daughter who's endured nightmares following the shooting.

"The more challenging piece is the culture change," he said.

"I know some teachers have had trouble controlling classrooms since COVID," Billet added. "I do not know all of the reasons, whether it's parenting at home or other influences, or a lack of authority and discipline at school. I definitely do not blame the teachers for this."

Rick Fogle, whose grandson is in second grade at Richneck, supports increased use of metal detectors. But he also said schools need to be more willing to search backpacks, pockets and desks if kids are suspected of having a gun.

"They've got to overcome social pressure to respect people's rights and realize that the rights of those who could be injured need to be considered," Fogle said.

Researcher David Riedman, founder of a database that tracks U.S. school shootings dating back to 1970, said he's only aware of three other shootings involving 6-year-olds in that time period — and only one other case of a student younger than that.

At the same time, people are shot or guns are taken away at schools almost every day, Riedman said. There were 302 shootings on school property last year. And since 1970, more than 250 teachers, principals and other school staff have been shot.

Still, he questioned how realistic it is for schools to ramp up use of metal detectors.

"Schools are already struggling with adequate resources — finding bus drivers, finding enough teachers," Riedman said. "To have comprehensive school security with 100% weapons detection essentially requires a TSA-style agency that would cost hundreds of billions of dollars to implement across the country. And that's not viable."

The use of metal detectors in schools, particularly elementary schools, is still rare, according to the National Center for Education Statistics.

During the 2019-2020 school year, less than 2% of public elementary schools performed random metal detector checks on students. It was 10% for middle schools and 14.8% for high schools.

Canady said equipping schools with metal detectors requires a lot of training and maintenance — and can provide a false sense of security if they're not operated correctly.

A relationship-based policing approach can better help avert school violence, he said. "Every student in a school environment should have at least one trusted adult that they can connect with," Canady said.

Krista Arnold, executive director of the Virginia Association of Elementary School Principals, agreed. She worked as an elementary school principal for 18 years in Virginia Beach before retiring in 2021.

"I had a couple of knives brought to school during my 18 years, and (the students) usually sing like canaries and tell somebody," Arnold said. "And that usually got to the front office pretty quickly."

Arnold said she's not a proponent of turning schools into fortresses. Instead, she supports teaching empathy and other behavioral skills.

"My experience is when you build that community and you explicitly teach social, emotional skills — and you talk about how it makes the other person feel if you've hurt them ... you build that good citizenship and you reduce the amount of discipline and aggression in the school," she said.