Leaders are meant to keep state secrets. Just not at home. 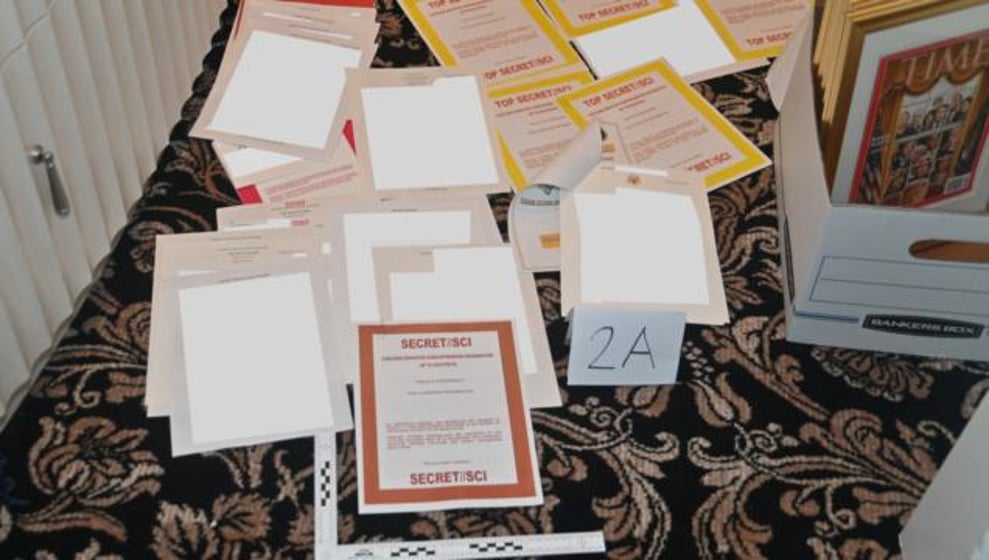 WASHINGTON (AP) -- Democrats responded with aggrieved fury when former President Donald Trump was found in possession of classified documents that should have been turned over to the government when he left office. Then disclosures that President Joe Biden also mishandled secret papers set loose a Republican "well, what about" roar.

Now, with another discovery of classified documents, this time at the home of Trump's vice president, Mike Pence, the partisan finger-pointing seems to be melting into a chorus of mortification from Democrats and Republicans.

The highest U.S. secrets, it now appears, are not necessarily safe with the highest officials. Not when they're in the hands of Trump, who disdains the rules and customs of government, and not in the hands of Biden and Pence, who subscribe to them.

"What the hell's going on around here?" asked Sen. Marco Rubio of Florida, top Republican on the Senate Intelligence Committee, when asked about Pence.

"Obviously there's a systemic problem in the executive branch," Rubio said. "We're talking about two successive administrations from two different parties, with officials at the top level having, in their possession, documents in places that they don't belong."

The Democratic chairman of that panel, Sen. Mark Warner of Virginia, had tart advice for all ex-presidents and future ones regardless of party: "Go check your closets."

The latest disclosure came from Pence lawyer Greg Jacob, who informed the National Archives — the proper place for such material — that classified documents were found in Pence's Indiana home last week.

Jacob said an apparently small number of papers were inadvertently boxed and transported to the home at the end of the Trump administration and came to light when Pence, prompted by the discoveries in Biden's home and pre-presidential think-tank offices, asked lawyers to see if he had some, too.

Special counsels are investigating the Trump and Biden episodes. In all three matters, the significance of the classified material and whether its mishandling breaches national security is not publicly known. But it is clear that some of the documents retrieved at Trump's Mar-a-Lago home in Palm Beach, Florida, were top secret.

Trump, a Republican, took it as an affront that the government came searching his quarters for classified material he wasn't supposed to have, even though he fought efforts to reclaim them for months, and the government was forced to issue a subpoena to get them. Aides to Biden, a Democrat, say they cooperated quickly and fully when such material was found at a former office in Washington, though they waited for months to make public what had happened.

In the Republican-controlled House, Rep. Mike Turner, R-Ohio, a contender to lead the Intelligence Committee, said he will ask for the same intelligence review and damage assessment in the Pence case as he did in earlier discoveries.

"It is a serious matter for any government official to mishandle classified documents," Turner said.

Heedless handling of secure information by top officials became a politically charged issue during the 2016 presidential race, when Hillary Clinton, the Democratic candidate, was investigated for her loose email practices as secretary of state.

Then-FBI chief James Comey concluded she and aides were "extremely careless in their handling of very sensitive, highly classified information," but not willfully so, and he recommended against criminal prosecution.

The sprawling, ungainly U.S. government has plenty of people who can see at least some secrets and are supposed to keep them closely held. Some 1.25 million held top-secret clearance in 2019, according to a government report.

Leaks of classified information to the media aren't uncommon. But lawmakers from both parties said something is broken in the classification system when a president, an ex-president and an ex-vice president are found with papers they are not entitled to have.

Sen. Ron Wyden, D-Ore., and a senior member of the Senate Intelligence Committee, said he and Sen. Jerry Moran, R-Kan., have been working for years on an overhaul of the classification system, which he called a "broken-down mess."

Avril Haines, national intelligence director, "has begun the chore, for the first time really in years and years, to work on a bipartisan basis on this," Wyden added. "I think it's a gutsy move for her."

"Maybe it's as simple as how they're packing boxes," Rubio mused. "I know the processes we have in place to safeguard such material at the legislative level, but we need to have a better understanding of how this is being handled at the executive level, and probably not just limited to presidents and vice presidents, but key staffers and other officials in the government that have access to this."

Representatives of former Presidents Bill Clinton, George W. Bush and Barack Obama, as well as of Bush Vice President Dick Cheney, said there were no instances of classified documents being found outside the custody of the archives after their time in office.

But at least several times a year, former officials from all levels of government discover they have classified material and turn it over to authorities, said a person familiar with the process, speaking on the condition of anonymity due to the sensitive nature of classified documents.

That person said former President Jimmy Carter found classified materials at his home in Plains, Georgia, on at least one occasion and returned them to the National Archives. But Carter's records legally belonged to him because it was not until after his presidency that the law defined all presidential and vice presidential records as property of the U.S. government.

Jason R. Baron, former director of litigation at the National Archives, said it's possible for innocent mistakes to happen when one administration hands over power to the next one, given "the harried nature of staff preparing for a presidential transition."

"I am not surprised that documents with classified markings can be found mixed in with personal papers in the homes of former government officials," he said. He recommended that outgoing officials at the highest levels be required to subject papers designated "personal" to much stricter reviews before any boxes leave the premises.

On Capitol Hill, meantime, it was becoming clear that the Pence episode had reset the blame game.

Republican Sen. John Cornyn of Texas noted that classified documents are only moved out of the committee's offices in locked bags.

"In my book, it's never permissible to take classified documents outside of a secure facility or by some secure means of transport in between those secure facilities," he said.

Wyden said that in his many years on the committee, it has always been a "lodestar" that you don't take anything out of the room.